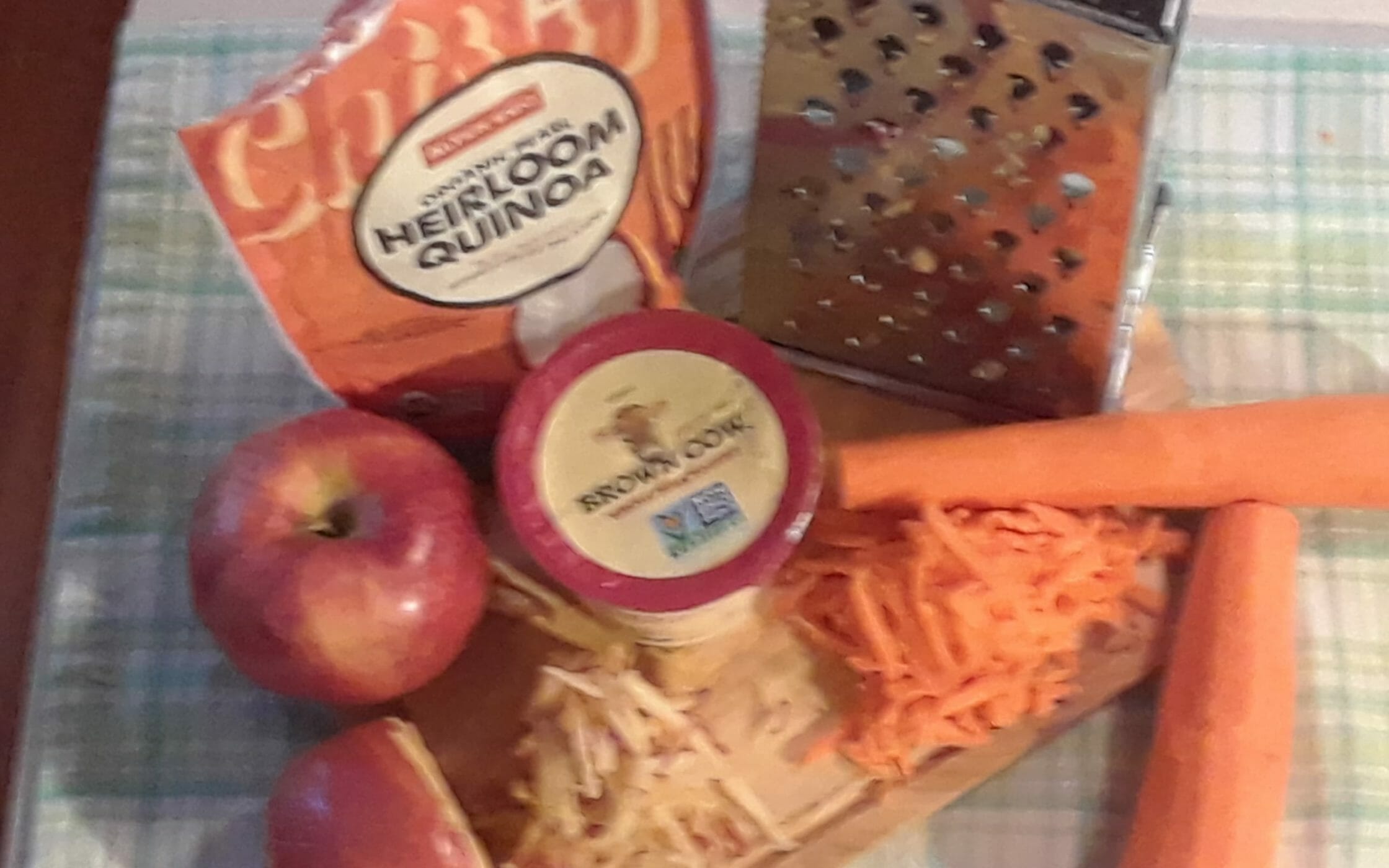 The Versatility of Cole Slaw

Cole slaw can often be that overlooked dollop of crunchy veggies on the side of a sandwich or Wisconsin fish fry, if you are fortunate enough to know of that coveted tradition. Slaws, and their many variations, can become welcome mates in the quest to provide variety in “the craft and finesse of cooking and eating solo.”  A slaw will taste better after it marinades a day or two.  With a few additions, a slaw can even become a tasty meal in itself.

Most Cole slaws start with shredded cabbage and they can be delicious like a sesame Asian vegetable slaw or a mayonnaise based cabbage slaw with raisins and pineapple. But this slaw, featuring carrots is quickly becoming one of my favorites. It can be made mostly with common ingredients you are likely to have on hand.

The addition of quinoa (pronounced keen-wa), the super grain of the Incas, adds mineral-packed high protein to this salad. Quinoa is a gluten-free whole grain. I think the crunchiness of this salad really helps the softer texture of the quinoa become more palatable.

This salad calls for quinoa that is already cooked and cooled so prepare it first. It is a quick process. You will need a small pot with a tight fitting lid. As when cooking all grains, try not to lift the top often, which interrupts the steaming process. It puffs up a bit like rice or other whole grains as the water is absorbed.

Yes, if you have one, a food processor will quicken the process of grating the carrots and apples. However, I often like the wider strands from the largest holes box grater. So, it’s up to you.

This dish, with its combination of carrots and yogurt, has a bit of North African influence to it so could be seasoned with spices found in  the cuisines of the southern Mediterranean like ginger, cumin, cinnamon, coriander or turmeric. Start with just a bit then go from there. Remember, you can always add more seasoning, but it’s virtually impossible to remove.

This salad holds well and would be a great “make ahead” for work or school lunches. I just tried a few bites of a batch I made two days ago and it maintained its crunch and the flavors have come together really nicely. 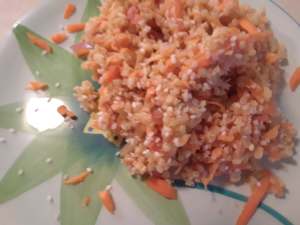 This is a slightly sweet variation on traditional slaw packed with nutritional value!

A handful of raisins or dried cranberries

The bag of quinoa should have instructions on the side. The one I used said for 1 cup of quinoa, use 1 ½ cups of water. First, in a tightly meshed colander, rinse quinoa under cold water until water runs clear. Place quinoa and 1 ½ cups water in a small saucepan. Bring to a boil, reduce heat to a simmer. Cover and cook until water is absorbed, about 12-15 minutes. Pull off  heat and stir to cool.

In a mixing bowl, combine all ingredients and mix well. Chill.

Made in Wisco by Dirigible